The evolution of “Optical Sorting” in waste recycling 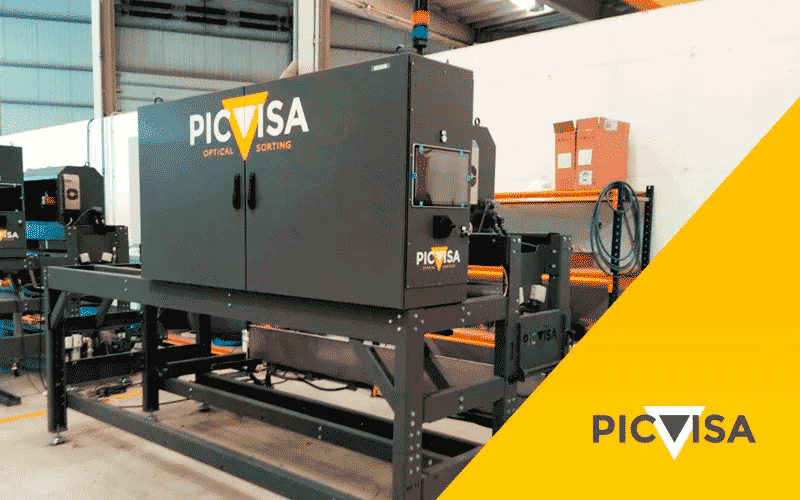 We know that the “Optical Sorting” concept is not new. But what do you really know about it? Did it emerge as an exclusive technology for the waste management and recycling sector? When did it start to be applied?

Optical Sorting is not a 21st century thing. The idea as such emerged in the first decades of the 20th century. Following the desire (and need) to automate more efficiently the industrial sorting of agricultural products such as fruits and vegetables, and automated optical sorting technology began to arrive in the 1930s.

Before that, some companies had already tried to improve the process. And they did it with wooden machinery that helped in the mechanical sorting of fruit processing. But in 1931 the first color sorters in the world began to be created, which were installed and used in the Michigan bean industry in 1932. Five years later, in 1937, Optical Sorting’s technology had advanced to make it possible to create systems capable of distinguishing two colors.

Over the next few decades, various advances were made and the systems were optimized. And in the late 1960s, Optical Sorting technology landed in new industries beyond agriculture, being able to work with other materials such as ferrous and non-ferrous metals.

These systems are composed of cameras, lasers, the combination of both and hyperspectral imaging. It is not difficult to relate the expansion and consolidation of Optical Sorting to the pace of the evolution in different technologies.

For this reason, it was not until the 1990s that Optical Sorting became a common resource in the classification of solid waste. By the end of the 20th century and the beginning of the 21st century, the technological revolution brought new optical sensors, such as CCD, UV and IR cameras, which made it possible to create more efficient equipment that has become a regular feature in waste management chains and recycling plants.

Currently, the equipment containing Optical Sorting technology is capable of identifying and classifying different types of waste, both domestic and industrial. These include plastics, paper, glass, wood, carton, textile and other materials such as metals.

In the use of plastic, for example, Optical Sorting is applied not only to identify plastics in general, but also to separate different types according to their composition, color and/or shape. Even if a type of waste is collected in the same container through the selective dumping of the citizen himself – in the case of urban waste -, once the waste arrives to the recycling plant, a more precise triage is still needed for the recovery of the material.

PICVISA accumulates years of experience designing, manufacturing and supplying optical separation equipment to recover and classify recyclable materials from waste. These machines stand out for their versatility, flexibility and efficiency, benefits that remain stable during all its useful life, ensuring the clients’ return on investment.

Responding to today’s needs with tomorrow’s solutions, PICVISA’s optical separation technology is also used in the pharmaceutical industry, in the food industry and among other industries where triage and quality processes are required.

Have a look at the Optical Sorting solutions in our catalogue and contact our specialized team. Let’s innovate together. 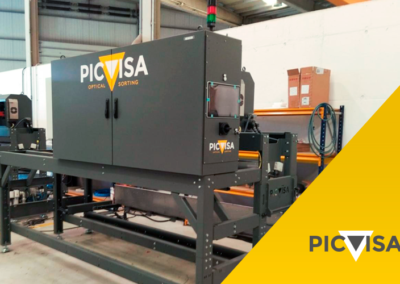 Picvisa > About us > The evolution of “Optical Sorting” in waste recycling