Paper recycling: the recovered fiber is already used to produce half the paper and cardboard 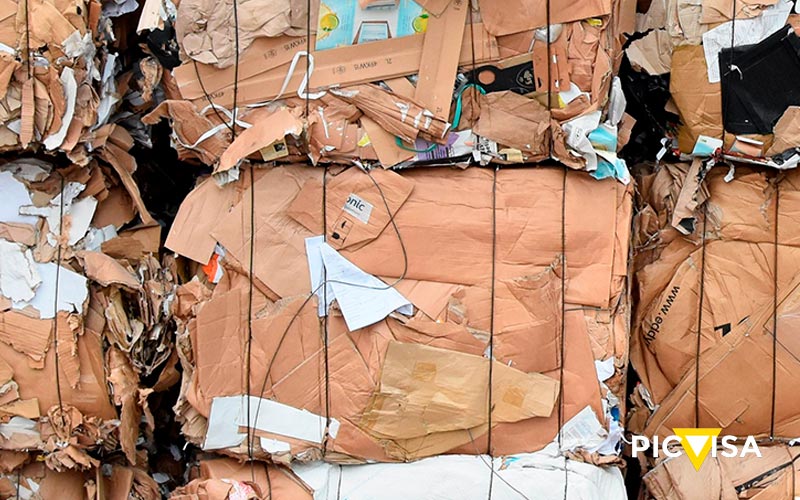 50.2% of the world’s paper and cardboard production was manufactured with recovered fiber in 2018. This is reflected in the report on the statistical analysis carried out by the Paper Division of the Bureau of International Recycling (BIR), the office of international recycling, published this 2020.

In the PICVISA blog, we collect some of the most outstanding conclusions.

As reflected in the BIR report, in 2018 more than 250 million tons of recovered fiber were produced worldwide. Of these, 43% were concentrated in Asia. Europe accounted for about 27%, while North America, 21%.

Same “leader” in terms of world production of paper and cardboard, which amounted to almost 420 million tons. Asia produced 46% of this total, destined mainly to packaging (63%). It is not surprising, therefore, that the study reflects that, at the country level, China was the main producer and consumer of paper and cardboard (although in 2018 there was a year-on-year drop of 5 and 3.1% in these figures, respectively).

And, although the change in import regulations had a clear impact, as well as conveyed by the 38% year-on-year drop in imports from the Chinese country, Asia was the main export outlet for the surplus recovered fiber from Europe and the United States.

Among the figures that reflect the results by country, at one point Spain stands out, which was the European country with the highest rate of incorporation of recovered fibers of almost 80% (79.5%), ahead of Germany (75.8 %) and France (72.6%).

The BIR analysis provides revealing data that goes beyond the paper itself of certain countries or geographical areas, such as the fact that more than half of all paper and cardboard produced worldwide had recycled content.

In numbers, this statement translates into that, of the 420 million tons of paper and cardboard produced worldwide in 2018, some 211 million tons were produced using recovered fibers (with which, 209 million tons were manufactured only at from virgin fibers). And, of the 211, about 86% were packaging materials, while newsprint accounted for about 5%, printing / writing for 4% and tissue also for 4%.

In the conclusions of the document, the BIR points out that all the figures collected “illustrate the importance of recovered fiber in the production of paper and cardboard throughout the world, particularly in the growing packaging segment.” Despite the positivism they convey, he assures that there is “room for significant increases in the use of recovered fibers, even in the printing and writing segment and in some emerging regions of the world, especially if the strong growth projections of the population and the middle class for many developing countries”.

He reinforces his argument by stating that “increasing the consumption of recovered fiber would bring a huge environmental benefit, since accepted scientific research suggests that recycling one ton of paper saves more than 4000 kWh of energy, as well as large amounts of Water“.

Discover more news about the recycling sector and industry on the PICVISA blog. 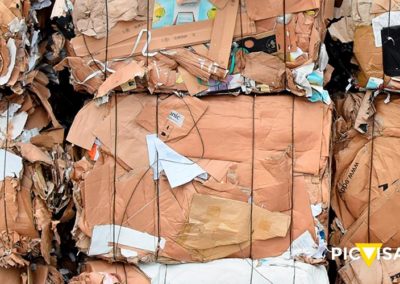 Picvisa > Blog > Paper recycling: the recovered fiber is already used to produce half the paper and cardboard