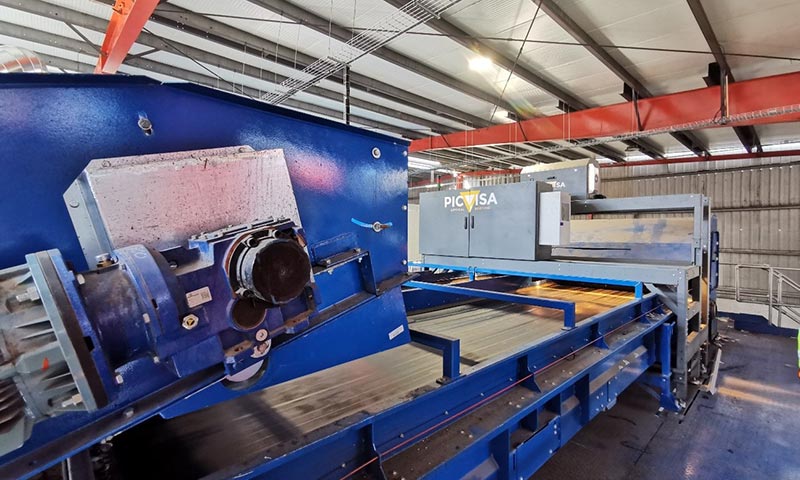 PICVISA has supplied and performed the kick-off of a double-track ECOPACK 3000 optical sorter at the Resinorte light packaging selection facility in Riba de Ave (Portugal).

The light packaging facility separates mainly PET and HDPE. These two fractions are classified separately by the optical sorter: first, the PET is separated from the flow of the 3D rolling fraction which comes from the ballistic separator. Later on, the HDPE fraction is blown during the second time the material passes through the optical sorter.

The ECOPACK sorter is divided into two channels. The first channel, called “track 1”, is where the 3D rolling fraction from the ballistic passes through. The optical sorter separates the PET by blowing it apart from the flow and the rest (the rejection fraction) is led to the second channel of the sorter, called “track 2”. In this case, the optical sorter blows out the HDPE material.

The equipment has given very good results in the final characterization made by PICVISA’s project team together with the client Resinorte.