Foment del Treball recognizes Picvisa as SME of the Year 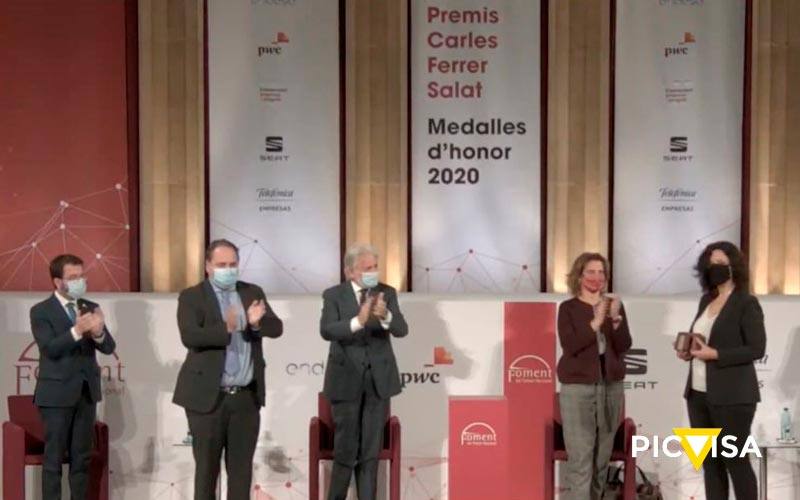 Last December, the Catalan employers’ association Foment del Treball presented the Carles Ferrer Salat Awards, which annually distinguish the work of companies, businessmen and women. In this last edition, Picvisa received one of the awards, being recognized as SME of the Year.

This has been the second year that this specific category for Small and Medium Enterprises was included and Picvisa received the award at the XIII edition of the Carles Ferrer Salat Awards, held on Monday, December 21st.

Foment recognized the Catalan company as an “innovative” company, valuing its catalog of solutions based on robotics, intelligence, and artificial vision aimed at the national and international market; being recognized as SME of the Year. A distinction backed by Picvisa’s presence in more than 15 countries and its more than 250 installed equipment; facts, and figures that position the company as “an undeniable player in the Iberian market, but also international.”

Foment del Treball has awarded the Carles Ferrer Salat Medals of Honor and Awards since 2007. This way, the employer’s association highlights the work carried out by businessmen and women, as well as companies, during the last year or throughout their history.